Luis is the Principal at an architectural firm that designs buildings, works on masterplans, and handles interior design projects. The company has 20 full-time employees.

Originally, the firm had a full-time, in-house director of IT who was responsible for network infrastructure and all matters concerning IT.

The director, unfortunately, moved on to pursue other professional opportunities. The architectural firm has been going from consultant to consultant ever since, never finding the level of support and care they were accustomed to when they had an in-house expert.

This also meant that in-house architects had to troubleshoot tech and spend non-billable time doing things they didn’t even go to school for.

After their director of IT left, Luis quickly became frustrated with every IT partner he tried.

“I hired one company. And that didn’t work, so I hired another. Everyone gives you the same sales pitch, promising that they are better than whomever you’ve worked with. So, you end up making a lot of decisions based on personality rather than on proven results.”

Time, not surprisingly, was the biggest cost associated with trying to find a suitable IT solution.

When asked what role technology played in his company, Luis shared:

“Technology is the tool through which we deliver our services. So, it’s beyond integral. If something isn’t working, then our ability to provide services is interrupted or put on hold until the channel is back up and running.”

He added that their ability to bill efficiently and consistently was impacted by haphazard technology performance.

Zero Disruption as the Objective

So, what steps did Luis take to solve this challenge?

“Prior to XL, I was working with a company with whom we were frustrated. But we didn’t want to change to a new provider because we’d had a similar experience with the last company we had worked with.”

That’s when XL reached out directly to the firm. At first, Luis expressed that he did not wish to be contacted regarding this matter.

“But they told me they understood what we were going through, and just wanted five minutes to explain their business model,” he recalls.

Luis came to understand that the less he required from XL, the more profitable they would be, and this caught his attention.

He also found his objectives were closely aligned with XL’s. His objective was no disruption.

“Technology should be a silent partner. You don’t want to be thinking about it. You just want to be focused on your clients and projects. The more technology requires you to think about it, the less it ultimately does for you.”

This doesn’t mean Luis wasn’t skeptical. He’d already had two less-than promising experiences with IT partners – one after another.

“I just wasn’t getting the service I expected. You open a ticket and it isn’t closed in a long time. Or you’re forced to call in to get a ticket resolved. Or phone calls aren’t returned.”

Basically, Luis wasn’t inclined to make another switch. He had even given up hope of finding a technology partner that could meet his needs.

So, what changed Luis’ mind?

“XL came through. They did everything they said they were going to do and communicated exceptionally. Life is not perfect, and they are not perfect either. But they are near perfect.”

Luis said he expected a high level of proficiency and XL met his demands.

He even shared a recent challenge he was able to overcome with the help of XL:

“In May, my business was impacted by social unrest. Street protests did damage to our property and we found ourselves in a precarious situation. XL jumped at it with strength, vigor, and knowledge, and they were able to provide an emergency band-aid so we could be back up and running immediately.”

Luis even expressed that he couldn’t imagine going through such a trial without XL as his strategic IT partner.

“They provided not only the knowledge, but patience, communication, and hand-holding to make me feel more comfortable that they were going to be able to take care of our needs.”

Efficiency & Productivity is the Holy Grail

Luis shared that every IT partner has a similar methodology. In his experience, though, he found that XL had a better backend data or information management than he had seen elsewhere.

“Our network has many computers with passwords, priorities, rights, and privileges that are specific to the individual. So, when you get a phone call from your partner, that creates a whole set of circumstances,” he explained.

“Your partner needs to be able to tailor their communication to the person they’re interacting with, without asking questions that might be out of place, such as, ‘what’s the password to get into your scanner?’ Because they should already know that and have access to it.”

He shared that increased efficiency and productivity is the holy grail, and the number one result he’s experienced from working with XL.

“We didn’t expect our property was going to be vandalized. But like calling 9-1-1, someone was right there right away to address the emergency in a way I thought they should.”

Presently, Luis and his employees are all working from home, and he expressed that it couldn’t be any easier. It has been a seamless shift for him and his team.

We asked Luis what his next big goal for his firm was, and he shared that his team are heavy consumers of technology and are already thinking about what improvements they’re going to be making next.

“Currently, we have a combination of Cloud and on-site services. So, we’re trying to consolidate 100% in the Cloud. This enables us to avoid risk associated with on-site data (other than local computers). And we’re confident we’re going to navigate that without a hitch.”

If we can be of any assistance, please don’t hesitate to reach out. Our mission is to help small businesses and their staff, and we would be happy to help guide you at no cost! Lets Talk! 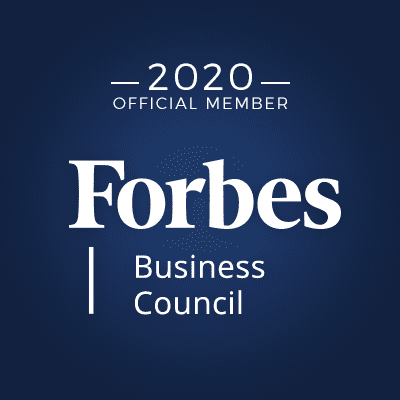 Dear Small businesses and staff, I have struggled since early 2009, before founding XL.net, to ar...

7 IT Department Components Let's define exactly what all IT support can entail. When most peopl...

Client Success: Boutique Travel Management Firm Finds a Strategic IT Partner They Can Depend on

Introduction Shannon is the director of operations at a boutique travel management firm. The compan... 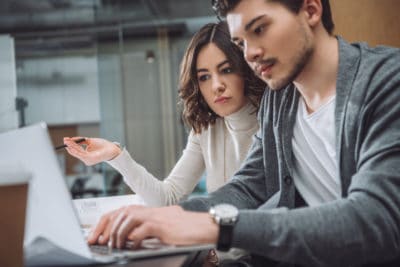 Most Common IT Help Desk Issues

In the business world, computer problems are familiar sources of frustration and delays. Fortunately...